Enemy of: Rift, Ether, The Magnate

Dharma and Plus watch Static take out a two-bit criminal call the Botanist. Frieda gets tricked into holding a party at her house, while her parents are gone. Virgil and friends decide to help Frieda control the mob scene the eventually results. Static meets Funyl, who tries to recruit him for the Star Chamber. Static arrives at Frieda's party, which is packed. Plus barges in on Static and tries to make him join the Shadow Cabinet. Daisy walks in on Plus and Virgil and thinks that something fishy is going on. Funyl arrives to confront Plus. Static leaves to save Frieda's party from some hoods and Plus helps him out. Because Plus helped him out, he decides to go with the Shadow Cabinet.

Dharma is watching David Kim, Xombi, battle the School of Anguish. Xombi is approached by Twilight of the Shadow Cabinet, but turns him down. The Rainsaw of the Star Chamber arrives to battle Rainsaw. The creatures of Twilight go out of control, Rainsaw helps Xombi control Twilight's monsters: Snapping Jaws, the Artery Bandits, the Refractionary and others. Rainsaw accidently destroys Xombi, but he gruesomely recovers and goes with Rainsaw.

Dharma contemplates his task in the Shadowspire. Holocaust tries to recruit Rocket in the Star Chamber. Icon confronts Mayor Jefferson about the Big Bang, but they are interrupted by Onslaught. Noble gives Raquel's mother money for an abortion. Icon battles Onslaught. Raquel accepts Holocaust's offer to join the Star Chamber. Holocaust confronts Donner and Blitzen over Rocket. Holocaust escapes with Rocket and this forces Icon to join the Shadow Cabinet.

Dharma is mulling over his plans in the Shadowspire. He admits being behind the tear gas that was present at the Big Bang. Dharma addresses the heroes of Dakota. He has gathered heroes including Hardware, Static and Icon. Dharma explains that the Star Chamber is after Dr. Nathan Flack and his sources of Q-juice. The Star Chamber must be stopped and the Q-juice must be destroyed. Star Chamber attacks a S.Y.S.T.E.M. base. When they are interrupted by the Shadow Cabinet. Static recognizes the Q-juice as the tear gas from the Big Bang. The Shadow Cabinet must go to China's Super-Conductor Super-Collider to stop the making of Q-juice. The Shadow Cabinet and the Star Chamber battle in Tokyo and Paris over Q-juice ingredients. Then the battles move to Tel Aviv and Moscow. The final battle happens in China. Rocket and Xombi switch sides to help turn the tide. The bomb is set off, but Hardware disables it before it can go off.

Sideshow is beat up by Donner for killing Dharma. Mechanic and Blitzen attempt in vain to save the life of Dharma. We are introduced to Red Dog as Dharma is having an afterlife experience. Red Dog and Dharma have an argument concerning the direction and running of the Shadow Cabinet. We see that Dharma is brought back to life in a different body, by the magic of Red Dog. Dharma reveals that his real name is Harry Chawney and that Plus is actually a combination of his two sisters, Bina and Apurna. The team seems happy but a brooding Dharma hints a dark future ahead.

The team is restored by Kwai (formerly Nina Lam), but not before some secrets are revealed or confirmed. Fade is gay, BoogieMan is white, Wise Son is a father, Masquerade is really a girl. We see the Shadowspire and Dharma for the first time. The group called Shadow Cabinet as well as their enemies, the Star Chamber, both want to recruit the Syndicate into their groups. The Shadow Cabinet send Sideshow, Oro, Bad Betty and Iota while the Star Chamber send Slag, Ash and Rain Saw. A massive brawl breaks out between the groups and the Syndicate. The fight is ended when a girl (AquaMaria) in the James River sends a wave to dose everyone. 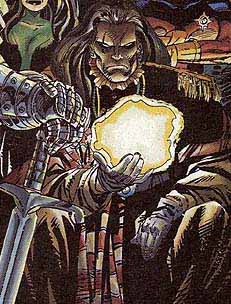 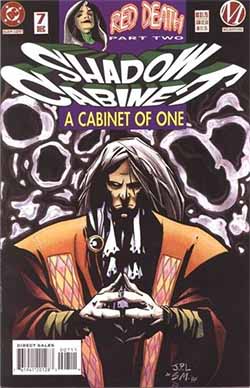 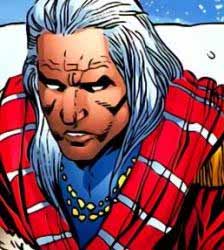 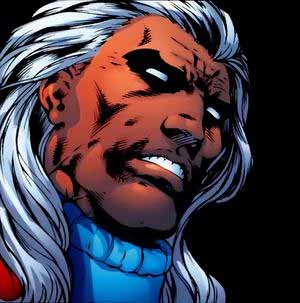 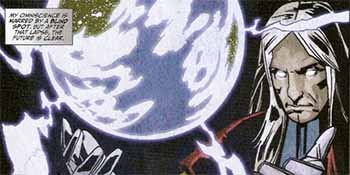 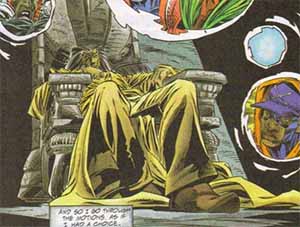 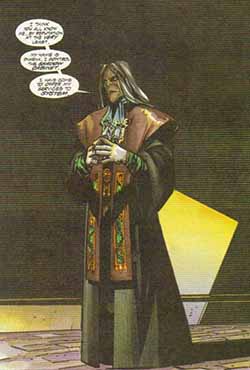