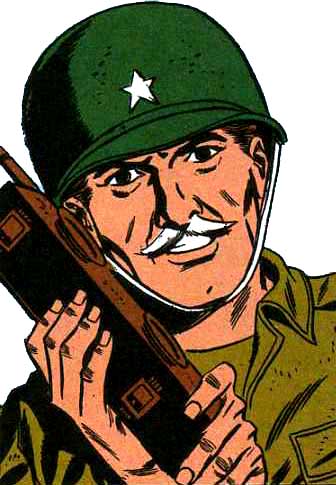 The man known originally only as "Colonel" (as Green Lantern referred to him) had white or gray hair on his head. His hair was receding, giving him a high forehead. He had a slightly large gray moustache. He was apparently stationed in or near Coast City, and thus met Green Lantern on a few occasions when the hero helped out against spies or saboteurs who threatened the nation's interests.

Obviously this character's name isn't "Colonel." This is his rank in the U.S. Army. But this is the only name he was called throughout his encounter with Green Lantern in 8 panels on pages 6 and 7 in the story "Menace of the Runaway Missile!" in Showcase #22 (Sep.-Oct. 1959).

If one imagines (as we do) that "Colonel" from Showcase #22 is the same person as the white-haired, gray-moustached military office who gave Green Lantern a commendation in Showcase #24, then one must assume that the stress of the colonel's job caused his forehead to recede considerably between these two appearances.

Actually, we believe that the military officer in these two appearances genuinely was intended by the artist and/or writer of these stories to be the exact same character. Although he appears to be notably more balding in panel 1 on page 13 in "The Secret of the Black Museum!" in Showcase #24, take a look at the next panel on the same page. Standing directly to the right of Green Lantern one can see the same U.S. Army officer. Here he looks strikingly like the Colonel in "Menace of the Runaway Missile!" in Showcase #22 (Sep.-Oct. 1959). The hairline here looks the same as the Colonel's hairline in #22. Everything else is the same about the character's appearances in these two separate issues. He wears an identical uniform in both appearances. He has the same physical build and height. He has the same moustache and appears to have the same facial features. Finally, his role as the senior-most local military official and the one who interacts directly with local hero Green Lantern is the same in both appearances.

The Colonel apparently did an impressive job handling these events in which he met Green Lantern. When this distinctive-appearing military officer appeared again in Green Lantern #3 (heading up the Army's response to Chiller-Diller), the Colonel had been promoted to a general. His last name was also revealed for the first time: Willis. Apparently the threat of the "Chiller-Diller" monster (which was accidentally created by Green Lantern himself) was so important that General Willis reported directly to the President of the United States in this story. 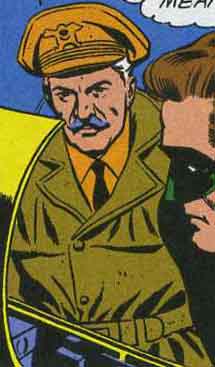 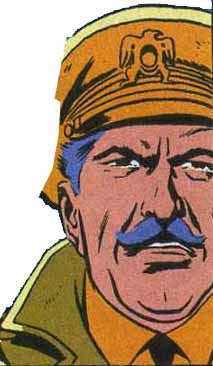 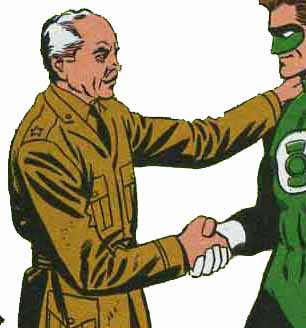 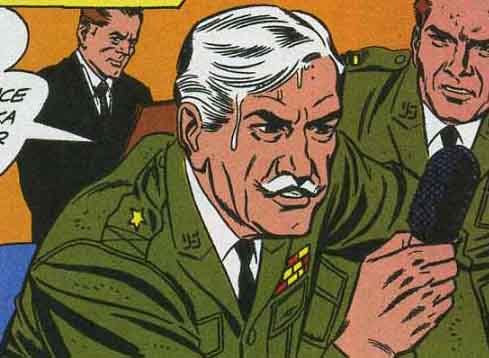 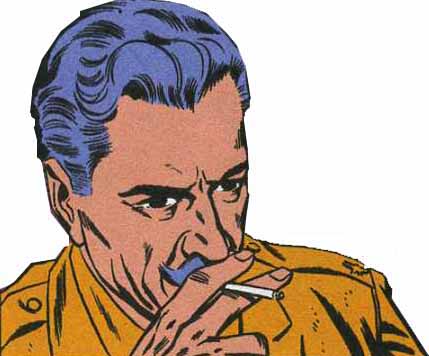 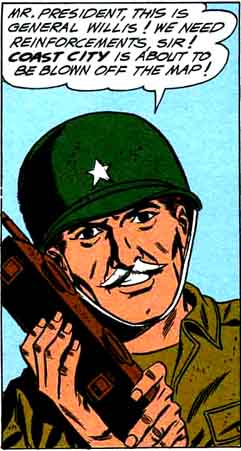