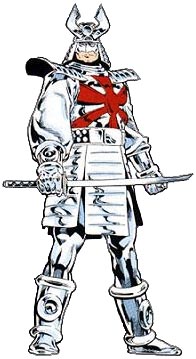 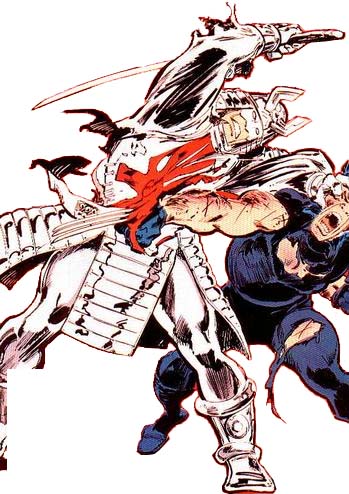 Jimmy Olsen is a Lutheran. Really. And Clark Kent? Methodist, it seems. Daredevil, Gambit, Huntress and The Punisher? Catholics, all of them, though I have to wonder when Frank Castle last went to Confession. With about half of DC Comic's line-up heading to church in the latest issue of Infinite Crisis and knowing that Civil War is imminent in the House of Marvel, what better time than now to contemplate the particular faiths of our two-dimensional heroes.

The Silver Samurai is listed as "bushido" uh... someones gotta pick up a book over there.

Re: The religion of comic book characters

...There are even a number of non-religions listed, and I'm not talking about religions created for the comic book setting. Silver Samurai, for example is listed as practicing Bushido, which isn't a religion...

History:
Kenuichio Harada is the mutant son of Japanese crimelord Shingen Harada, but was never formally acknowledged as Shingen's son or as a member of the Yashida Clan of which Shingen claimed leadership. At an early age, Harada began the study of the fighting methods and code of honor (bushido) of the medieval Japanese warrior-class called the samurai. Eventually mastering the attendant disciplines, Harada sought employment as a modern-day samurai. After fulfilling a debt of service to the Mandrill, Harada, who became known as the Silver Samurai, bound himself in service to the second Viper. The Silver Samurai has acted as the Viper's bodyguard and chief aide-de-camp ever since.