We are trying to identify the first appearance of Cadbury, the faithful butler who is such an important part of the Richie Rich mythos. One source identifies Richie Rich #1 as Cadbury's first appearance. This is incorrect. The cover of this issue depicts a butler, but the butler is Harkins, who has a uniform similar to Cadbury, but a distinct appearance.

According to American Comic Book Chronicles: 1960-64, the butler who appears in Richie Rich #1 is Hawkins, and Cadbury doesn't appear until 1961.

In Richie Rich #5 (July 1961), Cadbury is featured in the story "Un-Roughing It" and is identified by name. So we know that Cadbury appears at least this early in the series. Did Cadbury appear earlier, in any of the first 4 issues?

The cover of Richie Rich #3 (Mar. 1961) features a butler that looks like Harkins, but not exactly like the butler from the cover of Richie Rich #1, and also looks like Cadbury, but not exactly like we are accustomed to seeing him. The character can easily be imagined being transitional between the butler from the issue #1 cover and established Cadbury portrayals.

One might wonder if these these should all be considered one butler, with "Harkins" an early, not fully realized version of Cadbury. But there are plenty of other references to Harkins as a distinct character. Harkins and Cadbury are separate characters with distinct personalities and visual appearances. 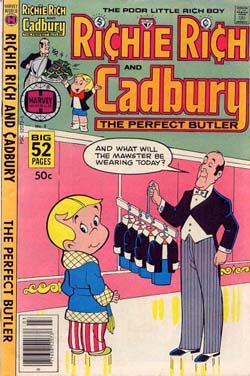 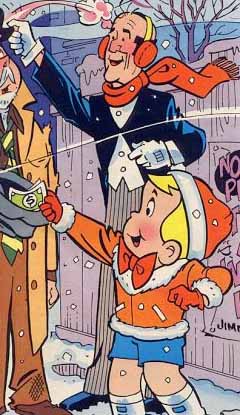 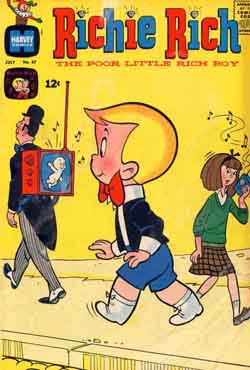 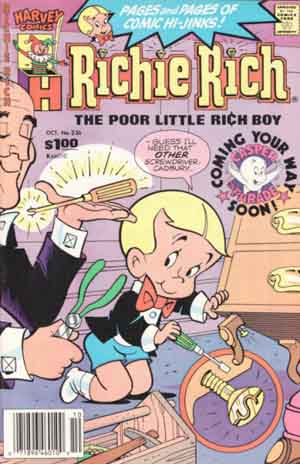 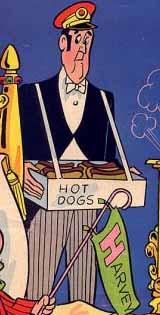 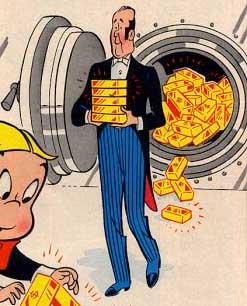 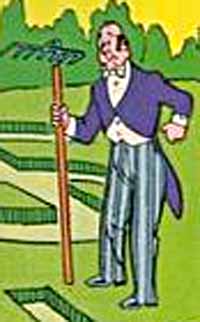 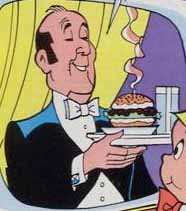 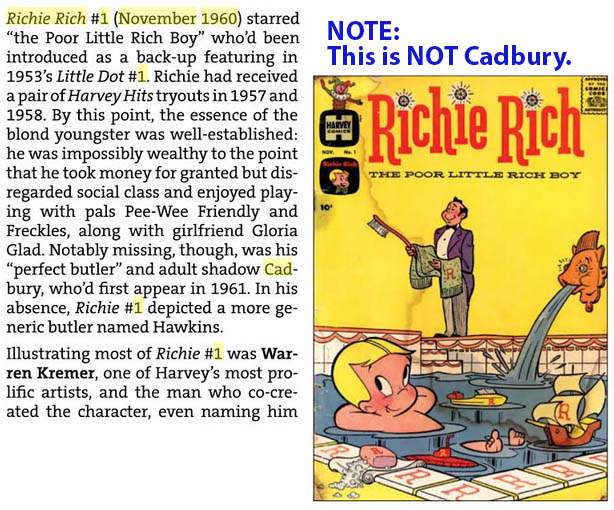 This character is in the following 9 stories which have been indexed by this website: