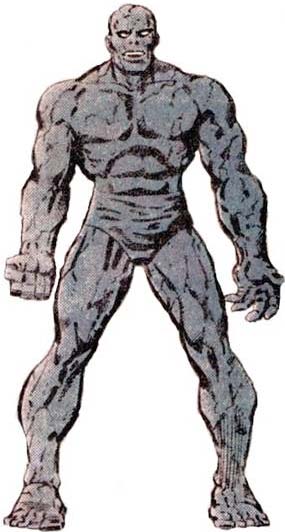 The Religious Affiliation of
It, the Living Colossus

Name: It, the Living Colossus

IT, the Living Colossus was a gigantic humanoid statue originally animated by mind transferal of an alien Kigor. Later IT was controlled by Earthman Bob O'Bryan. IT apparently had no inherent consciousness itself, so it's "religious affiliation" would simply be that of whoever controlled it at the time. Originally that was an alien of te Kigor race, a race whose specific religious beliefs and practices were never elucidated in detail. Other than the original Kigor alien and Bob O'Bryan, a handful of other individuals have animated IT (briefly or in alternative timelines). For most of IT's "career", however, it was animated by Bob O'Bryan, who is regarded as the real "alter ego" of the Living Colossus. Bob O'Bryan's specific religious affiliation is not yet known.