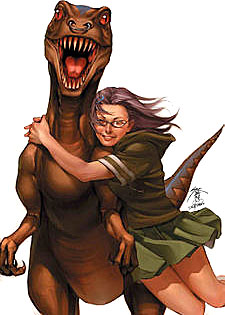 She identified herself as agnostic.

It doesn't matter, she's dead and went straight to hell.

I doubt Gert would've been privy to this equation that proves God exists.

I don't think there are so many openly Jewish or Muslim Superheroes either (at least not American ones). In the end, non-denominational heroes will appeal to a broader spectrum of readers, or at least I'm sure that's the theory.

I don't think there are so many openly Jewish or Muslim Superheroes either.

re: btw - Kitty Pride is Jewish.