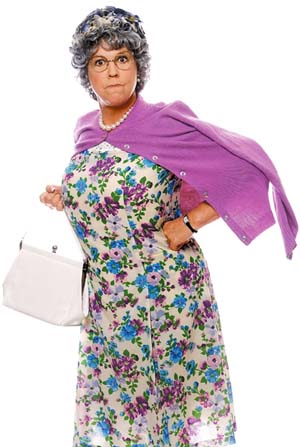 First Appearance: The Carol Burnett Show: "Vint and the Kids Move In" ("The Family" sketch)

Thelma Harper originated as a major feature of "The Family" series of sketches on "The Carol Burnett Show." She was featured on the spin-off show Eunice in 1982 before becoming the title character on the Mama's Family TV sitcom. Obviously "Thelma" debuted prior to 1982. We still need to find the exact episode and date on which she first appeared.