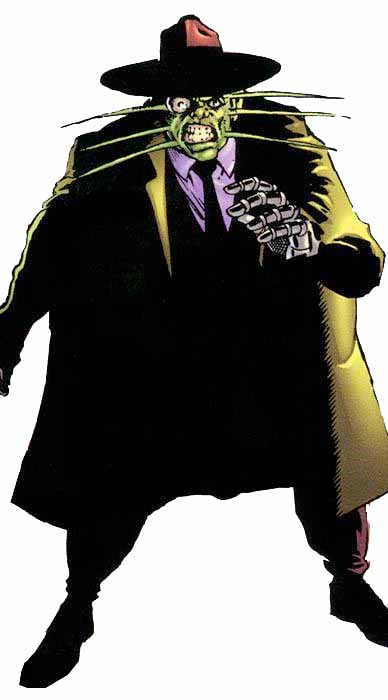 One might wonder: What is the connection between "Terror" (also known as "Shreck") of the Shadowline Earth, and "Terror" (also known as "Don Shreck") of mainstream Marvel Earth? Obviously these name pairs are too similar (essentially identical) to be a coincidence. But Shadowline characters were typically not part of mainstream (Earth 616) Marvel Earth.

Well, Terror is an exception to this general rule. Terror really did originate on Shadowline Earth. He was a member of the hidden race of people known as "Shadows." But he really did re-locate to the Earth 616 - the mainstream Earth most Marvel comics take place on. Terror is apparently the most prominent Shadowline character to make such a migration. 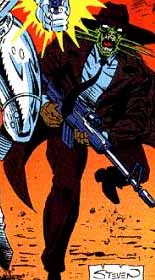