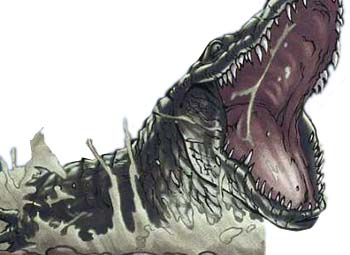 The Religious Affiliation of
alligators

Earliest Appearance Listed in This Database: Romeo and Juliet (1597)

Sometimes heroes encounter ferocious alligators. Obviously they aren't all the same alligator, but this record can be used generically for such beasts.

William Shakespeare coined the English word "alligator" in his play Romeo and Juliet, in this passage:

ROMEO
No matter: get thee gone,
And hire those horses; I'll be with thee straight.

Exit BALTHASAR
Well, Juliet, I will lie with thee to-night.
Let's see for means: O mischief, thou art swift
To enter in the thoughts of desperate men!
I do remember an apothecary,--
And hereabouts he dwells,--which late I noted
In tatter'd weeds, with overwhelming brows,
Culling of simples; meagre were his looks,
Sharp misery had worn him to the bones:
And in his needy shop a tortoise hung,
An alligator stuff'd, and other skins
Of ill-shaped fishes; and about his shelves
A beggarly account of empty boxes,
Green earthen pots, bladders and musty seeds,
Remnants of packthread and old cakes of roses,
Were thinly scatter'd, to make up a show.
Noting this penury, to myself I said
'An if a man did need a poison now,
Whose sale is present death in Mantua,
Here lives a caitiff wretch would sell it him.'
O, this same thought did but forerun my need;
And this same needy man must sell it me.
As I remember, this should be the house.
Being holiday, the beggar's shop is shut.
What, ho! apothecary!

In the last act of Romeo and Juliet, the servant Balthasar reports to Romeo about Juliet's supposed death. The despairing young lover plans his own suicide by securing poison from a nearby apothecary who keeps "in his needy shop a tortoise hung, / An alligator stuff'd, and other skins" (V.i.42-43). Certainly the animal known as the alligator existed long before Shakespeare's time, but it was known in English as the lagarto or aligarto (among other variations). These names can be traced to the Spanish phrase el lagarto, "the lizard," which in turn derives from the Latin word for "lizard," lacerta. The English spelling, however, does not approximate alligator until the First Folio of Shakespeare's works in 1623; the Folio uses the spelling allegater, suggesting the same kind of change in pronunciation that sometimes turns fellow into feller. Shakespeare makes no further reference to this animal, but that use of the r to end its name became accepted, and by 1699 alligator was established in its current spelling 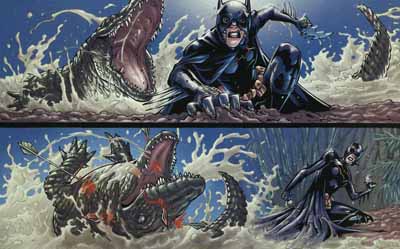 Suggested links for further research about this character and the character's religious affiliation:
- http://en.wikipedia.org/wiki/Alligator