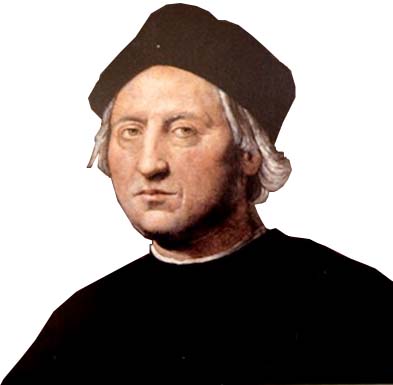 The Religious Affiliation of
Christopher Columbus

Other Names: Christoffa Corombo; Cristobal Colon; Christophorus Columbus; Admiral of the Ocean Sea; Viceroy and Governor of the Indies

In the story titled "The Super-Duel in Space" in Action Comics #242 (July 1958), reporters Lois Lane and Clark Kent are passengers on a craft named The Columbus, which is "the first experimental spaceship with humans aboard!" This vessel, apparently launched by NASA or a DC Universe analogue, was obviously named after the famed explorer Christopher Columbus.

There are probably many references to Columbus in comics (including DC comics) before this one.