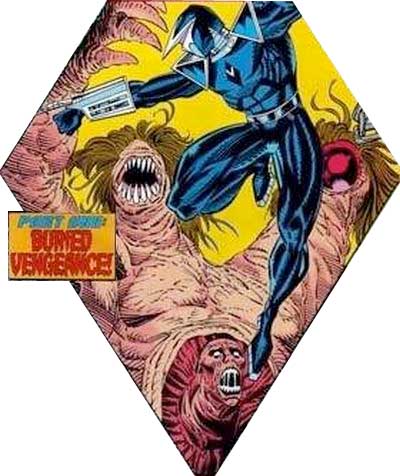 The Religious Affiliation of
Harley Stevens

Harley Stevens gained was an occult expert and criminal who gained genuine power through magical means. He had been hired by mob boss Philippe Bazin, who was Darkhawk's arch-foe. After Bazin's death, Stevens took all of the magical items buried with Bazin and used them to transform himself into a powerful monster, identified by comics.org as a "mystical creature." The Stevens monster bit the head off of a fellow criminal named Lonny. Stevens was defeated by Darkhawk and Ghost Rider, after which he transformed back into his regular human self.