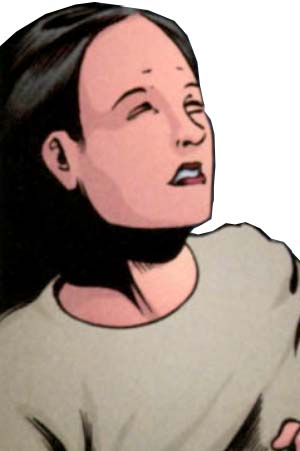 Defended or Helped by: X-Factor Investigations

Lenore, a former mutant, asked for X-Factor Investigations to help her because she felt she was being followed by an unknown organization. Whenever she sensed she was being followed, it seemed like it was a different person following her. Siryn, head of X-Factor at the time, was ready to dismiss Lenore's concerns because the last time Lenore came to them in fear it was just Lenore's boyfriend Frank making frightening prank phone calls to her as a joke. But now Lenore felt certain that she really was being followed. Her best friend Candy, also a former mutant, was recently found dead by gunshot. Police ruled it a suicide, but Lenore was certain the "suicide" had been staged and that Candy had actually been murdered. Candy hated guns. She wouldn't even watch movies with guns. There was no way Candy could have used a gun on herself.