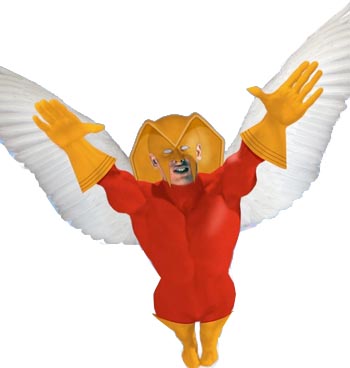 Other Names: The Airman; Drake Stevens

Text from now-defunct "Who's Who in the Protectors" webpage previously available at http://www.mightycrusaders.net/mp_whoswho.htm:

Airman
Real Name: Drake Stephens
Known Relatives: unnamed father (deceased)
Group Affiliation: Protectors
Source of Powers: His costume
Powers/Abilities: made a costume out of his love for birds. His costume allows him to fly w/a pair of huge wings. He also wears a utility belt of sorts that stores all manner of devices.

History: While studying birds in 1939, Dr. Stevens father was killed at sea by Captain Klegg. He donned a personal flying suit that he had been designing (with which to better study his birds) and became Air Man. He added a utility belt filled with useful weaponry. As Air Man he defeated Captain Klegg and numerous other mystery villains. 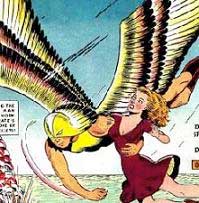 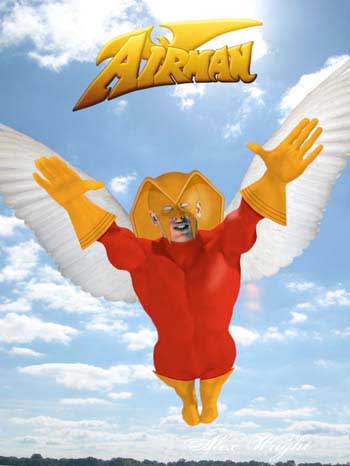