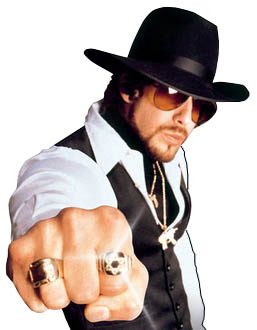 The Religious Affiliation of
The Hebrew Hammer
Mordechai Jefferson Carver 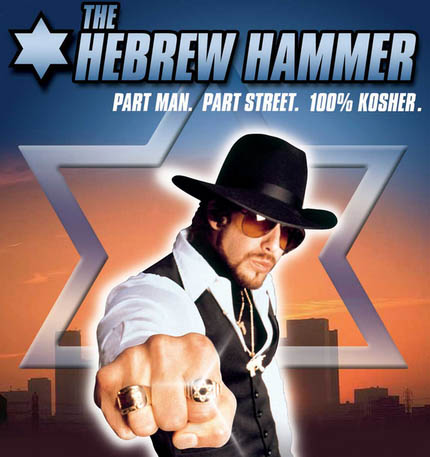 The Mitzvah 4 Vs. The Hebrew Hammer

It has recently come to the attention of the staff here at Royal Flush Magazine that a rival comedy outlet has released a movie with characters that are all to similar to our beloved Mitzvah 4. As you all are aware, The Mitzvah 4 are a loveable gang of renegade Hasidic Jews bent on protecting the Jewish community and keeping to the ways of their time honor religion but Comedy Central has come along and tainted this image.

Sounds hilarious doesn't it? If you answered "No" then you are correct. I must admit, when I first heard of this blasphemy I almost hurled. Contrary to popular belief, we here at Royal Flush are not exactly "rollin' in dah dough" and the idea of one of our trademark characters being stolen right out from under our noises can definitely hurt like a nad waking. So after the anger subsided I prayed, "oh God, please let this Hebrew Hammer movie suck", and well, God heard my prayers and it did in fact suck. The Hebrew Hammer's failings are do to its safe distance from the edge, it tries to be an exploitation flick but tries not to offend too much. Don't get me wrong, it had a couple of smiley moments, but no gut busters, no belly jiggers, no side splitters, though, I did like the Hebrew Hammers full length black leather over coat, nice touch.

Anyway, I've rambled enough. If the Hebrew Hammer has taught us anything, it is what not to do and so with that in mind, I make you all this promise, from this point on The Mitzvah 4 shall never ride the safe side of satire. We will go that extra mile to offend and will offer no apologies.. watch out JDL, we're gunning for you.

Seasons greetings to all my Jews and Gentiles.

Suggested links for further research about this character and the character's religious affiliation:
- http://en.wikipedia.org/wiki/List_of_Jewish_superheroes