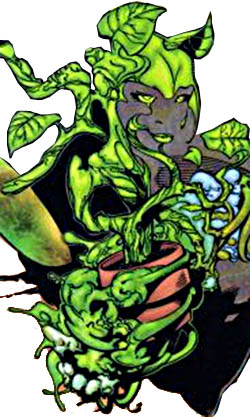 The Religious Affiliation of
Chloe

We are not 100% certain yet that Chloe is a female. The character appeared initially as Cameron's house plant. It was only later that Chloe was revealed as a member of the alien "Es" race. Chloe transformed into a humanoid, revealing that the plant form had been a disguise, not the character's natural state. Presumably the humanoid form appeared to be either male or female, but we have not actually seen it. 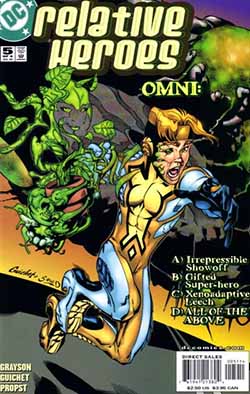 Suggested links for further research about this character and the character's religious affiliation:
- http://en.wikipedia.org/wiki/Relative_Heroes
- http://www.cosmicteams.com/cosmic/r.html
- http://www.dcuguide.com/who.php?name=chloetheplant