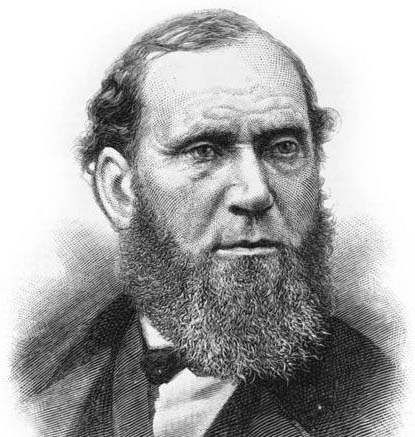 The Religious Affiliation of
Allan Pinkerton

Earliest Appearance Listed in This Database: In the Days of Buffalo Bill (1922)

In panel 4 of page 3 of the Superman story in the 1940 edition of New York World's Fair Comics, Lois Lane is having lunch with Clark Kent at the New York World's Fair. Clark spots Blackie Sarto, a European-based jewel thief. He tells Lois, but she doesn't believe his identification of the man at the table next to them is correct. Lois tells her fellow reporter, "You slay me, Clark! Don't you know that the Pinkerton men at the Fair check up on all criminals and won't allow them inside the grounds?"

The "Pinkerton men" Lois refers to here is a common nickname for the Pinkerton National Detective Agency, which was one of the largest private security firms in the country. The "Pinkerton men" often worked for government. The private detective agency was founded by Scottish-born Allan Pinkerton, a famous private investigator and spy.

Allan Pinkerton was married in a religious ceremony, but was forced to flee his native Scotland immediately afterward. He brought his new wife to the United States, which is where he prospered in setting up his famous agency. The degree to which Pinkerton was religiously active as an adult is a topic needing further study.