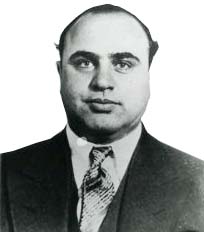 Earliest Appearance Listed in This Database: Call of Youth (1942)

TV, Film Appearances As Himself: 32

In panel 3 on page 3 in Superman #167 (Feb. 1964), Lex Luthor is in his secret lair when he walks by a display of four statues of his heroes: Atilla the Hun, Genghis Khan, Captain Kidd an Al Capone. Luthor thinks, "My heroes . . . the greatest marauders of the ages! I dreamed of being as great as they and I would be, if Superman didn't always stop me!"

Al Capone is mentioned in Incredible Hulk (vol. 2) #314 (Dec. 1984). In panel 1 on page 5, the narrative caption introduces a scene that takes place in Chicago (the home of Hulk ally Doc Samson): "...and a few hours later, a thousand miles east, the legendary 'City of the Big Shoulders' sprawls along the gleaming shores of Lake Michigan. Chicago. Renowned in song and fable as the home of complex politics, Al Capone, world-class pizza . . . and at least one erstwhile superhero." 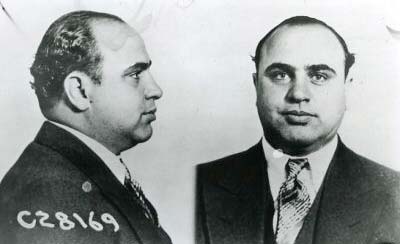