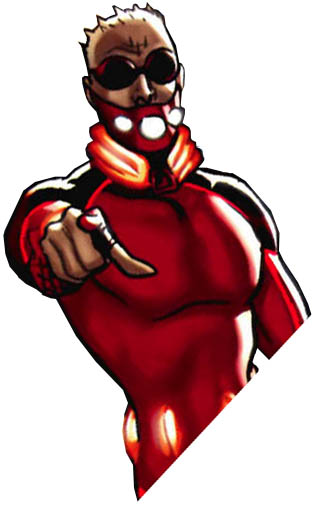 Very little has been written about the DC comics superhero named "The Destroyer," a member of the little-seen government-sponsored superhero team "Freedom's Ring."

The Destroyer's only known appearances were in Uncle Sam and the Freedom Fighters #s 2-4 (Oct through Dec. 2006).

Even the character's status as a "hero" might be questionable. Freedom's Ring was organized for the federal government because Uncle Sam's team, the Freedom Fighters, had lost favor. Freedom's Ring was organized by Gonzo and Father Time. The members were custom-engineered metahumans. The Destroyer was presumably a federal operative of some sort who underwent a procedure to receive super powers.

Although designed to be a hero, Destroyer's ethics might be questionable, as the character was part of a team which was really an antagonist group in opposition to true heroes, the Freedom Fighters. The villainous Gonzo did indeed have federal authority, he even managed to get elected President of the United States. But his rule was a totalitarian one. Uncle Sam and the Freedom Fighters opposed him.

Thus, The Destroyer was, in essence, helping to support a despot.

Freedom's Ring was part of S.H.A.D.E., a secret government organization. The Destroyer and the other members of Freedom's Ring conducted assassinations and other secret illegal activities against terrorists and other enemies of the federal government. One of their first assignments was to capture Uncle Sam.

Little commentary or biography has been written about the Destroyer. At this point, we do not even know the character's gender, although this fact would probably be very clear if we had actually read the stories in which he or she appears. 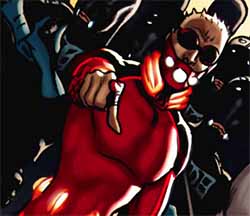