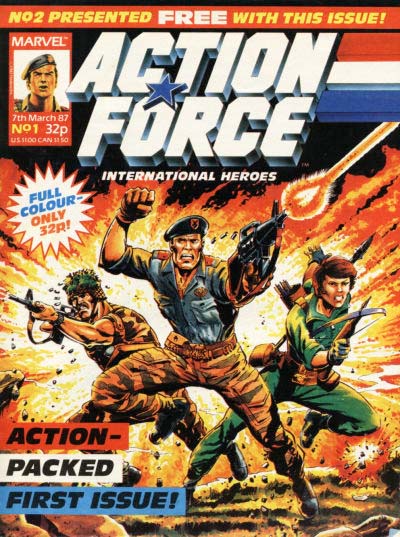 In comics, "Action Force" was both a series title and the name of a group of special forces. The Action Force series published by Marvel UK ran for 65 issues. Marvel UK's Action Force Monthly ran for 15 issues. Some "Action Force" comics may be re-named G.I. Joe comics. But there is also a distinct "Action Force" group which is the British-based and more international equivalent of the U.S.-based G.I. Joe group. There are many similarities between G.I.Joe and Action Force, but they are distinct organizations.