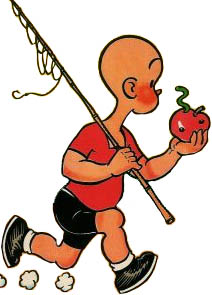 Details from now-defunct webpage at http://kingfeatures.com/features/comics/henry/about.htm:

Created by Carl Anderson, by sheer accident Henry attained world-renowned status as one of the great pantomime comic strips in the tradition of Otto Soglow's The Little King.

At first, Henry spoke but a few words of dialogue, then Anderson decided to have him express himself through pantomime. Henry was so popular that it was often reprinted in the foreign press. In fact, it was because William Randolph Hearst saw a German translation of Henry in 1934 that he quickly signed Anderson into syndication with King Features Syndicate. The next year, the first Henry Sunday page appeared and the silent little lad went on to star in a Fleischer Studios animated film and a book. 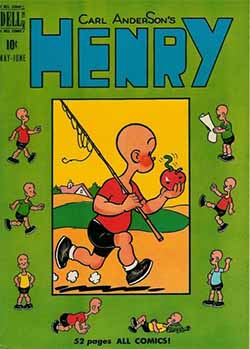