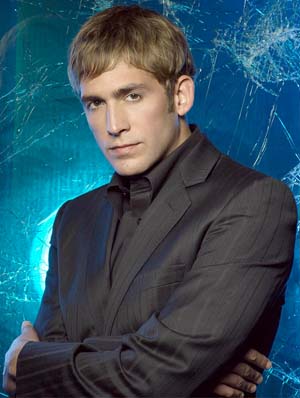 The Religious Affiliation of
Greg Sanders

Note: Greg has an explicitly stated belief in occultism

When Greg Sanders and his fellow members of the C.S.I: Las Vegas team appeared as featured antagonist characters in the story titled "What Happens in Vegas..." published in "Deadpool #900 (Dec. 2009), he was referred to a "Craig." (See, for example, panel 4 on page 3 or panel 1 on page 4.) This is in no way a distinct, original character however. "Craig" is Marvel's version of Greg Sanders, or (perhaps for legal reasons), he is a satirical homage of Greg Sanders. The appearance and portrayal of the character in Deadpool #900 and the character on the C.S.I. TV series are too similar to regard these as two distinct characters.