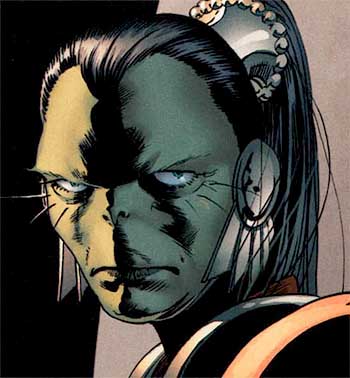 The Religious Affiliation of
Aghanne

Note: tried to force Colossus to destroy her planet

Aghanne was a native of the alien planet Breakworld. She tried to force the mutant hero Colossus (a member of the X-Men) to destroy Breakworld in order to end her race's violent ways of life.

When Aghanne was first introduced, she was presiding over the funeral of an infant. She claimed she did not believe in the prophecies that foretold the destruction of her world at the hands of Colossus. Yet it was she, herself who was trying to bring about her own planet's destruction, out of her radical pacifist beliefs that her people's violent ways were wrong. Aghanne apparently differed significantly in her beliefs from the majority of her people. 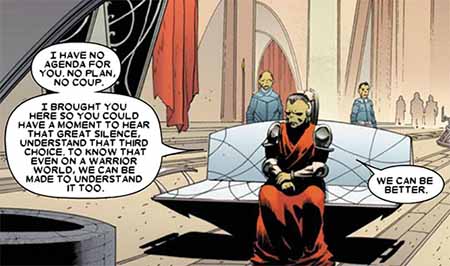