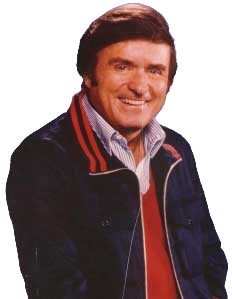 TV, Film Appearances As Himself: 265

Popular entertainer Mike Douglas portayed himself in an episode of The Greatest American Hero.

Interestingly enough, although Mike Douglas nearly always appeared as himself on TV and radio shows he hosted or guest-starred on, he did have a handful of character roles as an actor. His best known role was providing the singing voice for Prince Charming in the Disney animated classic film "Cinderella" (1950). Another of these rare appearances as an actor was in a film titled "Birds of Prey" (1985). This was not the superhero-themed TV series Birds of Prey, based on the DC comics series about Oracle, Huntress and Black Canary.

Note that this is NOT the same person as actor "Michael Douglas."