David Reid was the father of Tommy Reid. After there was a severe setback in an attempt to cure David Reid's son Tommy, Mr. Reid blamed Dr. Trace.

In anger, David Reid stormed into a press conference where Dr. Trace was speaking about Tommy's condition. Mrs. Reid was with her husband, David. Mrs. Reid knew her husband was enraged and that he planned to hurt Dr. Nathan Trace. She strenuously tried to persuade him to stop him. She physically tried to stop her husband, but he pushed her away. David Reid shot Dr. Trace, killing him. David Reid also show Dr. Trace's assistant (and daughter), Morgana Trace, paralyzing her. 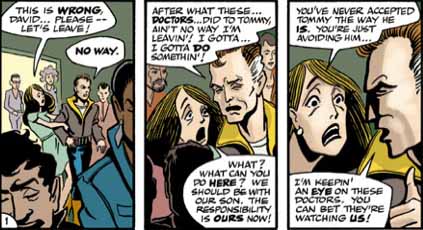 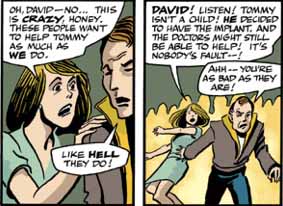