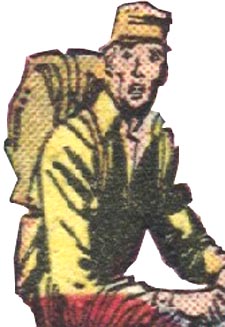 The Religious Affiliation of
Stu

Enemy of: Elf with a Gun

Note: murdered in Grand Canyon by Elf with a Gun

Stu and his girlfriend were riding on horseback down the Grand Canyon. They encountered what appeared to be an ancient American Indian. The man greeting them by saying "How!"

Stu apparently knew something about American Indian lore. He identified the man's headdress as one that was worn by the chiefs of the now-extinct Wappidi tribe.

Stu thought that the Indian was a vision who would impart wisdom to them. He was wrong. The "Indian chief" removed his disguise to reveal he was the "Elf with a Gun." The Elf promptly shot and killed Stu and his girlfriend. 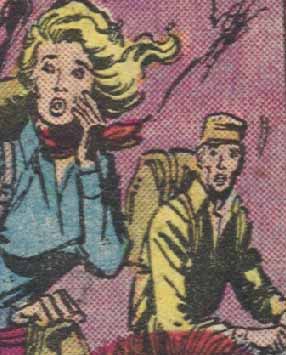