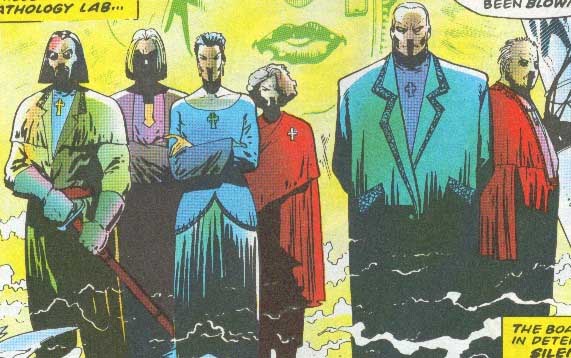 The Religious Affiliation of
Mys-Tech

Other Names: Sect of Chasidm; Techno-Wizards

Note: dedicated to taking over world via mystic/tech means

Although Mys-Tech embraces advanced technology alongside mystic means, the roots of the organization are heavily religious, going back many centuries. The Mys-Tech Board (known as "Techno-Wizards") is a former religious sect of Druids. They gained power and immortality from the devil Mephisto in 987 A.D. Mys-Tech is also known as the Sect of Chasidm.

Mys-Tech is an organization of would-be would-conquerors that may seem purely secular in its self-serving and evil aims, but it can also be classified as a twisted religious group. The major aspect of more normative traditional religious bodies that Mys-Tech lacks is a strong ethical code. The organization usually seems willing to use whatever means are expedient to further its ends, and it does not exist to teach its members how to live ethically. Rather, it exists to gain power and rule over others. It isn't even clear why they want to take over the world, except for the sake of power itself. When the evil Mephisto granted their forebearers power and immortality, he did so with the express purpose of wreaking havoc on Earth.

Number of group members listed below: 18 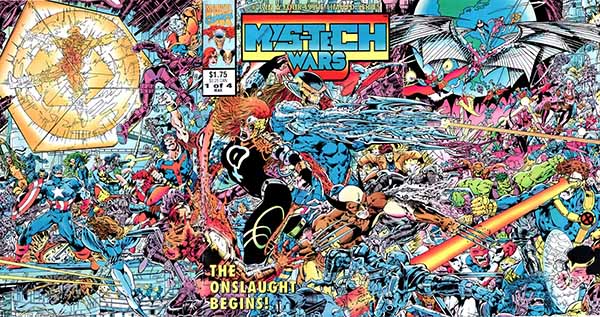