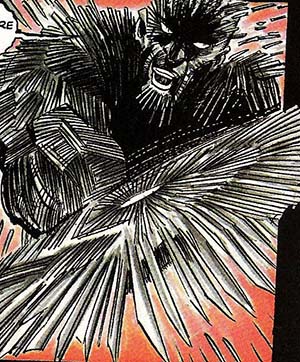 Dharma is watching David Kim, Xombi, battle the School of Anguish. Xombi is approached by Twilight of the Shadow Cabinet, but turns him down. The Rainsaw of the Star Chamber arrives to battle Rainsaw. The creatures of Twilight go out of control, Rainsaw helps Xombi control Twilight's monsters: Snapping Jaws, the Artery Bandits, the Refractionary and others. Rainsaw accidently destroys Xombi, but he gruesomely recovers and goes with Rainsaw.

The team is restored by Kwai (formerly Nina Lam), but not before some secrets are revealed or confirmed. Fade is gay, BoogieMan is white, Wise Son is a father, Masquerade is really a girl. We see the Shadowspire and Dharma for the first time. The group called Shadow Cabinet as well as their enemies, the Star Chamber, both want to recruit the Syndicate into their groups. The Shadow Cabinet send Sideshow, Oro, Bad Betty and Iota while the Star Chamber send Slag, Ash and Rain Saw. A massive brawl breaks out between the groups and the Syndicate. The fight is ended when a girl (AquaMaria) in the James River sends a wave to dose everyone. 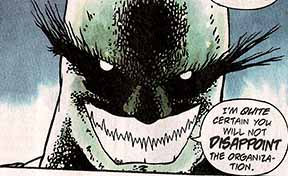