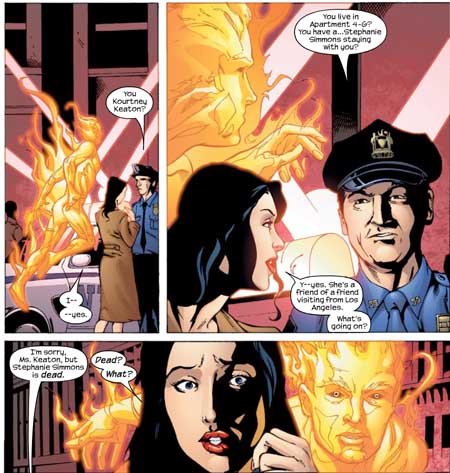 Stephanie Simmons didn't know super-model Kourtney Keaton very well. Keaton called Simmons a "friend of a friend." While Keaton was away from her New York City apartment, working as an actress in a film shot in Los Angeles, Stephanie Simmons briefly stayed in her apartment.

Kourtney Keaton was right. Stephanie Simmons had not lept off of a building to her death. Rather, she had fallen due to being subjected to extreme vertigo by a villain named "Vertigo" (a member of the occult group Salem's Seven).

Stephanie Simmons was referred to extensively on a few pages, but she was never actually depicted on-panel. By the time Johnny Storm and Kourtney Keaton arrived at Keaton's apartment building, Stephanie had already fallen to her death. 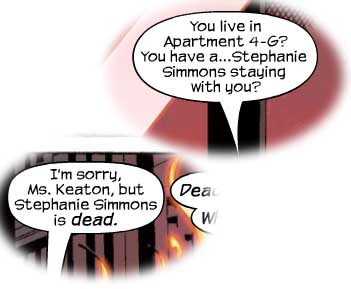