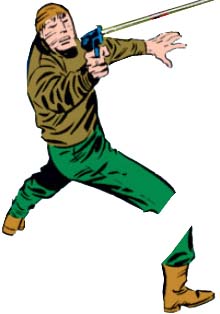 Frankie, Phil, Gunner and two other crooks whose names were never revealed formed a band that attempted to rob a bank in New York City. Ms. Marvel, on her "first day on the job" as a super-hero spotted the crime in progress and thwarted the gang fairly easily.

The villain known as the Scorpion had actually hired Frankie and the other bank robbers to be decoys. They probably didn't know that, though. While they were being apprehended by Ms. Marvel, the Scorpion had all the time he needed to sneak into the bank and rob it. 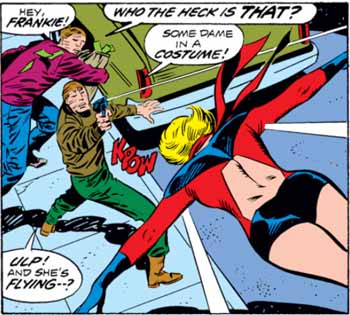 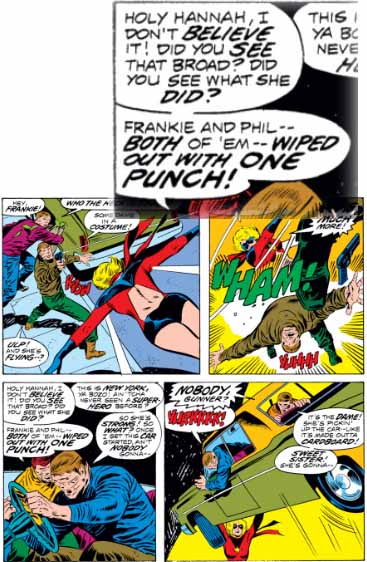 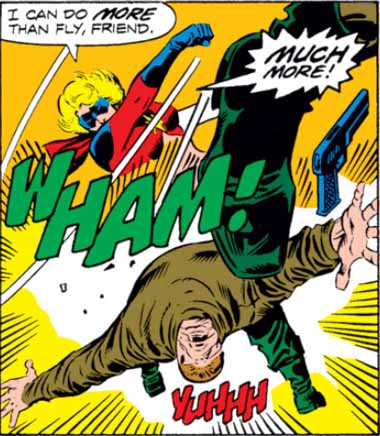