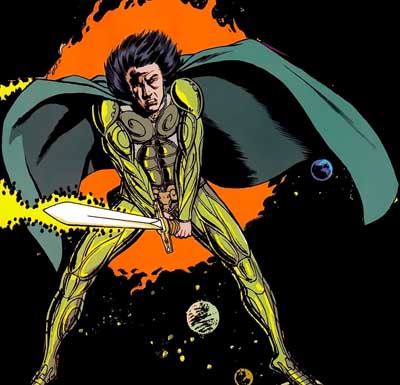 The Religious Affiliation of
Wayfinder

Prince Wayfinder was the ruler and ultimately the last survivor of the human-like alien race known as the Ithacons.

Fleeing another alien race, the Haamin, Prince Wayfinder led the last remaining survivors of his race to Earth. They arrived in around 1 million B.C. Wayfinder's ship was the "Star-Seed." It was piloted by his ally Alkinoos.

Wayfinder and his people worshipped the Sword in the Star, which was later transformed into the Enigma Force.

On Earth, Wayfinder established a city in what would become known in modern times as the Indus Valley (or Bahawalpur) in India.

Wayfinder's ultimate fate is unknown. But the Tomb of the Wayfinder exists in Deadzone. It is an important place in Microvese religion and cosmogony. In modern times, the Engima Force was channeled through the statue of Wayfinder that stands on the Tomb. 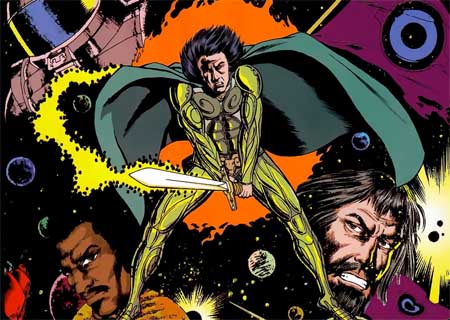 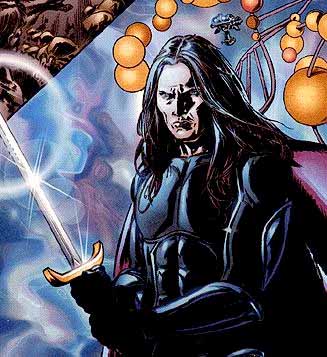 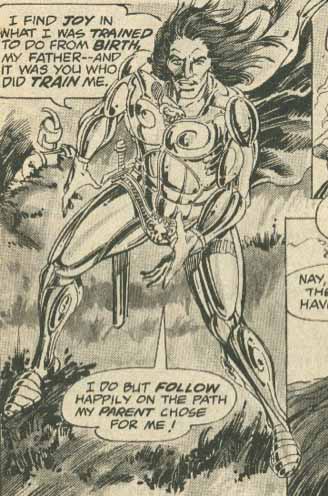 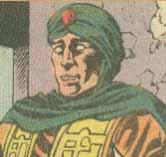