Finally Captain America was able to get the sheriff to release him by having his communications director contact the White House and ask for Cap to be released. 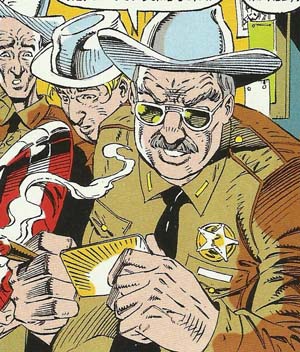 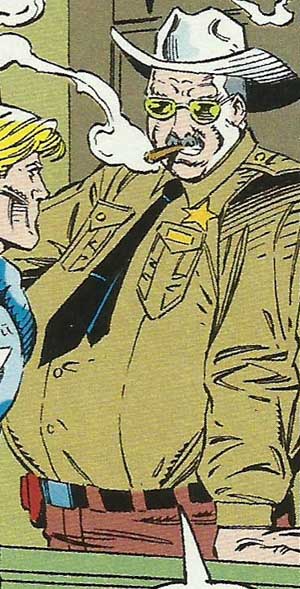 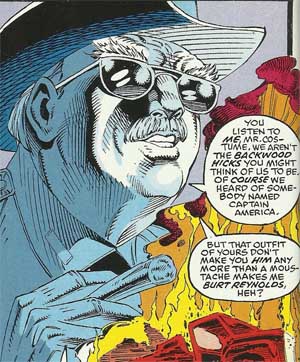 Suggested links for further research about this character:
- http://marvel.wikia.com/Captain_America_Vol_1_429
- https://www.comics.org/issue/55377/