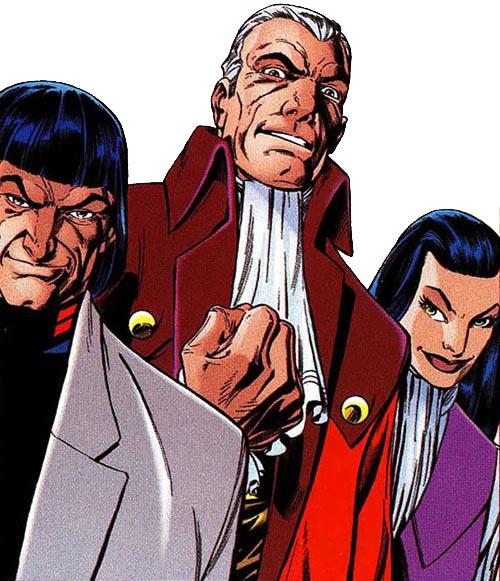 The Religious Affiliation of
The Elite

The Elite was a highly secretive network of Americans who were wealthy and powerful. The group was originally organized by William Taurey. Other members of the Elite, all of whom came from privileged backgrounds, included Hesperus Chadwick, Cheer Chadwick, and Gloucester.

Mason Harding, the scientist who invented the Madbombs, also was a member of the Elite. But he turned on them when he realized the error of their ways.

The Elite formed a larger organization known as the Royalist Forces of America. The founding members of the Elite were also connected to the Secret Empire, which grew to be one of the world's largest secret organizations bent on world domination.

Through the Royalist Forces of America (which later became the Imperial Forces of America), the Elite attempted to overthrow the U.S. government in order to replace it with their own ideal leadership. Originally this leadership was envisioned as being British-based. They were British loyalists who wanted to roll back American independence. Later it appears that they were not so set on returning to British rule, and more interested in simply overthrowing the current American government in favor of their own idea, "elite", hand-picked leaders.

In all of their incarnations, the Elite were definitely "elitist" and had a strong dislike for people they regarded as "low-born."

Much of the funding for the Elit came from Captain America's old foe, Baron Helmut Zemo, but it is not clear how many people knew that. His identity as a key person behind the Elite and the Royalist Forces seems to have been a secret known to only a few. 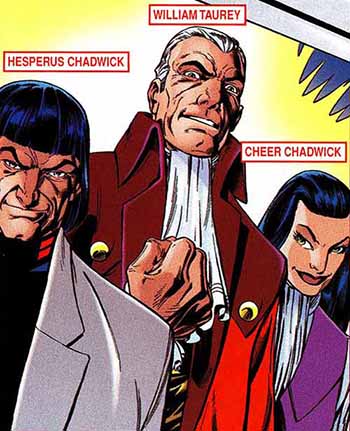