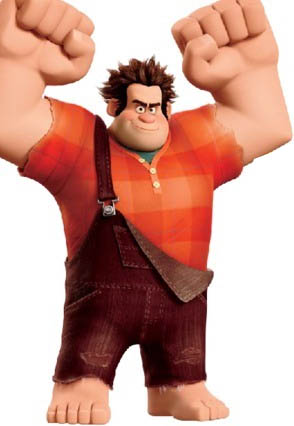 The Religious Affiliation of
Wreck-It Ralph

Within the context of the video game "Fix-It Felix, Jr." (the "game-within-the-movie" which Wreck-It Ralph appears in), Ralph is the central villain. But after appearing in this video game for 30 years, he doesn't want to be a villain any more. He wants to be a hero, and he sets off on a quest to prove that he can be a hero.

Within in the context of the movie "Wreck-It Ralph", Ralph is the central protagonist, and is very much a hero.