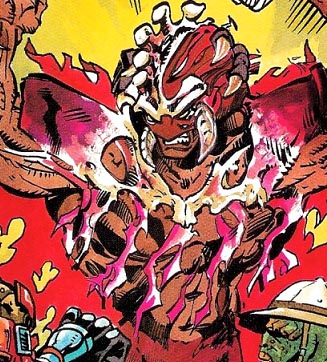 The Religious Affiliation of
Malleus

Hardware and Sanction are captured by the Mercs. Hardware finds out they are stealing information on molecule bonding. Albert Brunner of the Preventive Measures Agency is introduced. They are trying to stop a rocket from being illegally launched. Brunner and Sanction meet up and the secrets of South America are explained. Hardware tries to stop the launch, but instead is taken to Transformation Station in orbit. There he finally meets Malleus.

Hardware is a prisoner of Malleus on Transformation Station. We learn the origin of Malleus and his obsession with grafting. We learn about how he is connected with St. Cloud. Malleus tricks Hardware into escaping with his armor. Malleus's troops (Orgami, Barnacle Bill, Melt) take Hardware to the moon where a trap awaits. Then Malleus releases his trap as he tries to graft Curtis to the Hardware armor.

Hardware and Malleus' troops join forces to make it back to Transformation Station. Hardware defeats Malleus by freeing his super-slaves. Hardware confronts Malleus about his son and offers to help. With the help of David Kim (Xombi), Malleus's son is saved. But his son turns on Malleus. Malleus confronts Hardware and is finally defeated. 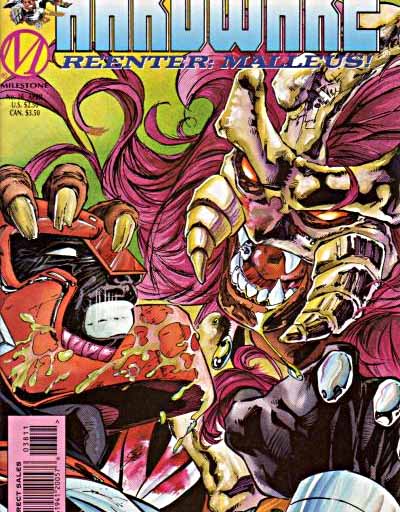 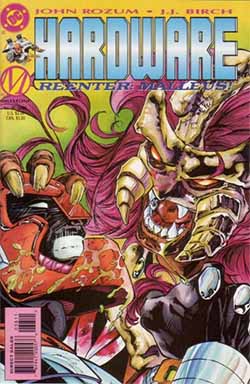