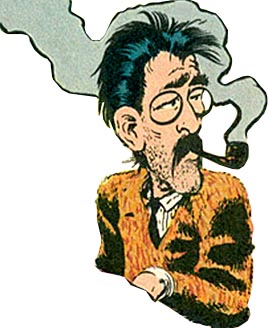 Worked for: The Manhattan Project

Kevin is a grizzly, pipe-smoking reporter (or perhaps columnist) who works in the newspaper offices of the Manhattan Project. He works alongside Megaton Man's civilian identity Trent Phloog, as well as Phloog's co-workers such as Preston Percy.

Kevin is first seen on page 2 in Megaton Men #4 (Apr. 1995) in a scene in which he plays something of a joke on Phloog. Everybody knows that Trent Phloog is really Megaton Man, but Phloog is humorously in denial about this. When Phloog once again begins insisting - quite vociferously - that he is not Megaton Man, Kevin asks him: "I say, old boy, quick! What's that word that means 'to destroy with an excess of firepower'?"

Suddenly, Megaton Man's power is triggered and he explodes (something which does not hurt him, but which is quite spectacular to see).

This trick clearly demonstrated that Phloog was really Megaton Man (although everybody already knew that).

Later in this same issue, Kevin is identified by name for the first time. This happens in panel 1 on page 5. He is sitting at a desk, talking to Preston Percy, who says to him: "Well, Kevin, what do you think of the new kid?"

They are talking about Trent Phloog/Megaton Man working in his new role as "muckraking liberal columnist," taking over the position that Pamela Jointly held before she left to return to the University of Michigan as a staff lecturer.

Kevin offers Percy his observations of Megaton Man, saying: "Hmm... We'll see... Sure, he's young, and has a new slant on things, but only the test of time will tell if he's another Pamela Jointly..."

Still later, Kevin muses aloud while talking to Percy about Pamela Jointly, saying: "I often wonder why she left. She had the utmost respect of everyone here at the Project!" 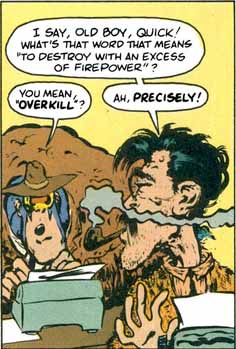 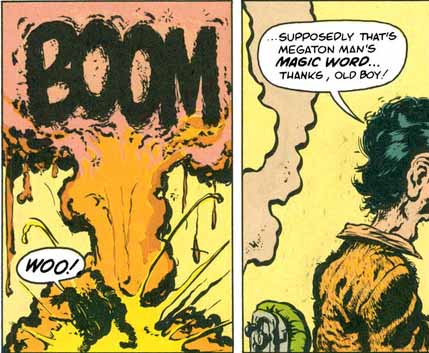 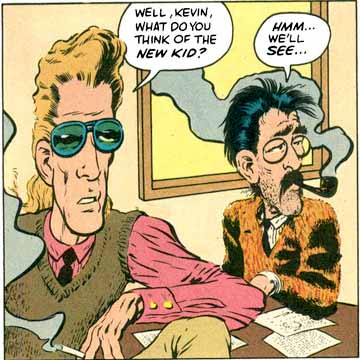