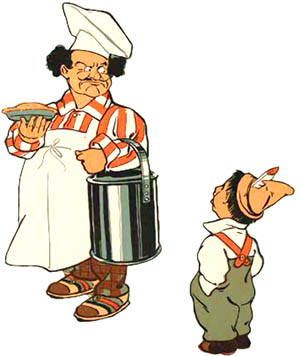 Excerpt from newspaper article about this program:

Shirley Temple will play a major role and her three children -- Linda Susan, Charles. 6, and Lorl. 4 -- will appear as village children in "Mother Goose," the Christmas musical to be colorcast on "Shirley Temple's Storybook" Sunday over Chan. 2. Elsa Lanchester will play the title role. This will mark the television debut of Shirley's children only one of whom, Charles, will play a speaking part in the nursery rhyme tale. It will be Charles' duty to shinny vp a pole to see if he can sight Mother Goose approaching the town of Skeddlestone, an event which marks the opening of the annual town fair. Shirley will portray Polly Baker, the young lady of whom the verse "Polly put the Kettle on" was written.

Other fairy tale characters to appear in the fantasy include Able Baker (Billy Gilbert), also known as the Pieman whom Simple Simon met. Carleton Carpenter will play Polly Baker's sweetheart, Tom Piper who in former days had stolen a pig. Jack and Jill, Georgie Porgie, Little Miss Muffet. Wee Willie Winkie, the Cat and the Fiddle and dozens of other Mother Goose characters will people the fanciful tale. 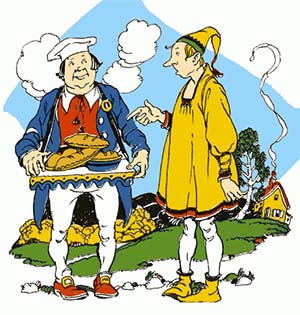 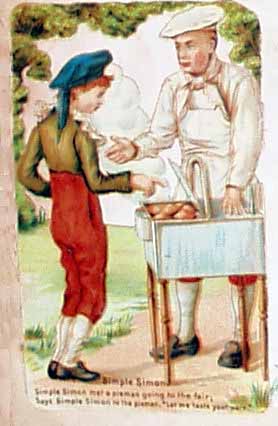 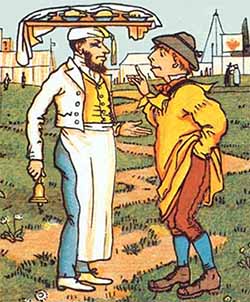