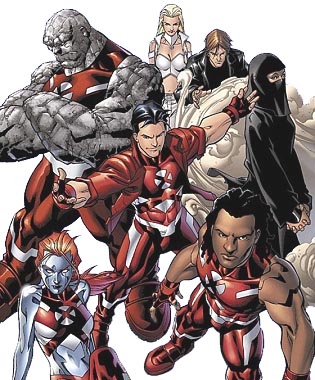 The "Hellions" squad was one of the training squads studying at the Xavier Institute for Higher Learning, mainly in the second New Mutants series, which led into the New X-Men: Academy X series, the title of which was eventually shortened to New X-Men. This was at a time when there was about half a dozen squads of students at the Xavier school. Each squad had about 5 to 8 mutant students in it.

The second volume New Mutants series and its successor series New X-Men focused on two squads: the New Mutants squad and the Hellions squad. Although these characters were featured in a series titled "New X-Men," and all of these students could be considered "X-Men in training," there was never a group formally known in the comics as the "New X-Men" until after "M-Day," at which time most of the world's mutants permanently lost their powers and became regular humans. The school's student population dropped from 182 to 27, and headmistress Emma Frost picked a select group of students to train as "New X-Men."

In this database, the group name "New X-Men" refers to members of this new training squad formed after M-Day. This grouping does not refer generally to characters featured in the "New X-Men" series. 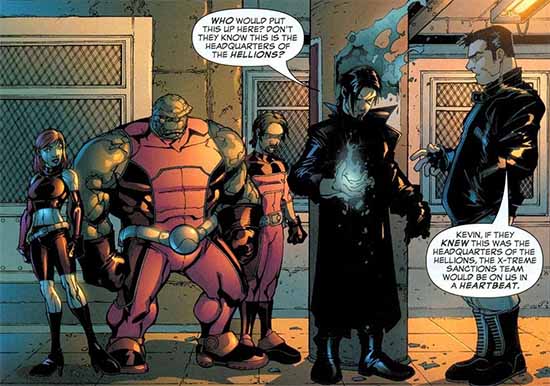 Suggested links for further research about this character:
- http://en.wikipedia.org/wiki/New_X-Men