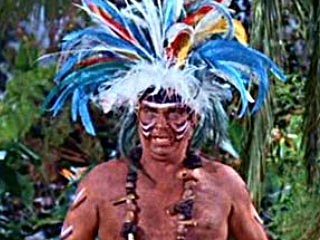 The Religious Affiliation of
Marubi tribe

In the first episode of Gilligan's Island which aired on television, the Professor discovered evidence that Marubi headhunters had been on the island. He believed that they must still live in neighboring islands, although they were apparently no longer on "Gilligan's Island." Much of this episode's plot focuses on uncovering evidence of this tribe and the castaways' fears that the tribe had returned. At the end of the episode, the castaways are frightened by the arrival of a fierce-looking Marubi tribesman, but then it is revealed that the "tribesman" is only Gilligan in disguise. 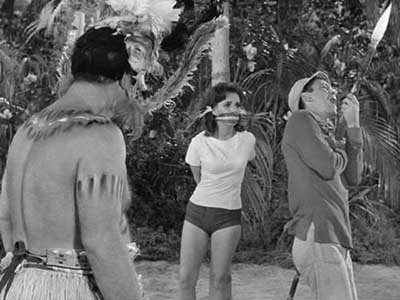