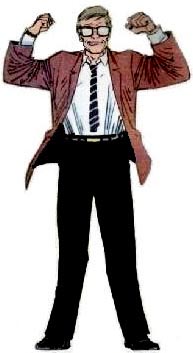 The Religious Affiliation of
Ben Urich

A scene in Marvel Knights 4 #22 makes it clear that Ben Urich is Jewish, something that has been hinted it in many other places. Ben Urich and Jessica Jones are visiting an elderly Jewish woman named Mrs. Loew. Urich and Mrs. Loew speak of a "golem," which leaves Jones a little confused. She refers to herself as the only non-Jewish person in the room when she asks them to fill her in, saying: "Urich, Mrs. Lowe, for the goy-girl in the room..."

Urich demonstrates his knowledge of Jewish lore he learned while growing up in the Jewish neighborhood of the Lower East Side of Manhattan when he tells Jessica: According to the legend... the golem is a giant made of clay, animated by Jewish elders to protect the weak and the helpless. In other words... we're talking about a benevolent creature here."

Also, on pages 1 and 2 of this issue, Ben Urich recounts, from first-hand experience, the history of the Lower East Side of Manhattan. He mentions some specific Jewish-owned businesses that specialize in Jewish/kosher food: "Then, in the 1890s, when most of the neighborhood's tenements were built, it was Eastern European Jews. Setting up shops and raising their kids on streets like Delancy, Orchard, and Broome... There are, at least, vestiges from the old days. Hanging on the way a drowning man hangs on to a life preserver. Katz's Delicatessen at East Houston and Ludlow. Ratner's, the kosher dairy place on Delancey, near Suffolk. And the hole-in-the-wall coffee shop where I am now -- Minnie's." 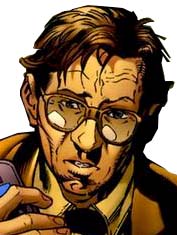 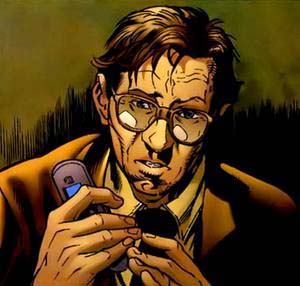 Suggested links for further research about this character and the character's religious affiliation:
- http://www.comicboards.com/marvelguide/u.htm
- http://www.marvunapp.com/master/uruz.htm