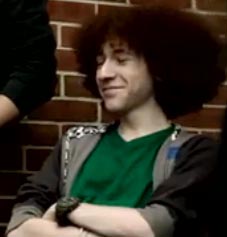 Michael Greenwald was a stoner friend of Jake Sanders at Whelan High School.

Morgan and Jake Sanders were being held hostage by Duncan Carlisle and his crew, in an effort to pressure Dr. Carlisle to kill the U.S. President during an upcoming operation. Carlisle's crew observed the two teenagers as they went about their day, including attending high school. Morgan and Jake knew that Carlisle would have people watching the school exits, though they operatives would not actually be inside the school with them. Jake hatched a plan to escape without being noticed.

At the time that they were supposed to meet up to remove their GPS chips, Jake did not show up in their agreed upon place to meet Morgan. Morgan went looking for him, and found him behind the bleachers with a bunch of stoner kids who were smoking dope. Morgan was furious, and pulled Jake away. Jake told her it wasn't what it looked like, that he was doing something to help them get away. Morgan was unconvinced. She said her brother was just getting high.

Later, it was time for Jake and Morgan to slip away from the school and meet up with their mother in order to take a bus to Canada to get away from their captors. Morgan wondered how they would get past the mercenary watching from outside the school.

Jake asked Morgan: "Have you ever ditched before?"

Morgan: "What... What is your brilliant plan?"

Morgan: "Yeah, right. You and the stoners."

Suddenly, the fire alarm sounded. Everybody in the school began exiting the building.

Jake: "I had Michael Greenwald call in a bomb threat."

Morgan: "How did you pull that off?"

In the confusion and crowd that was outside, Morgan and Jake were able to slip away from the mercenaries, thanks in part to Michael Greenwald's help. 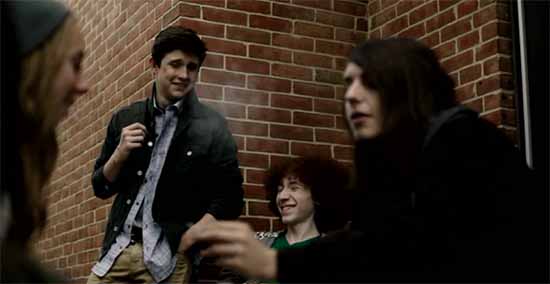 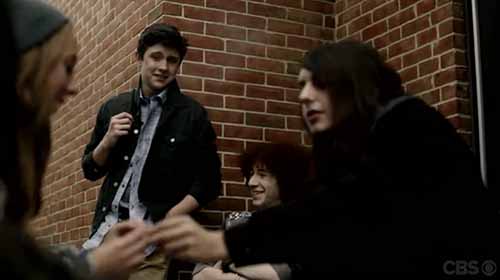 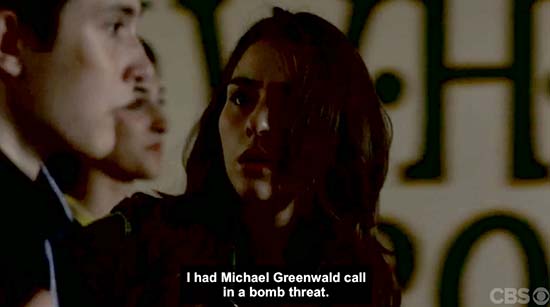