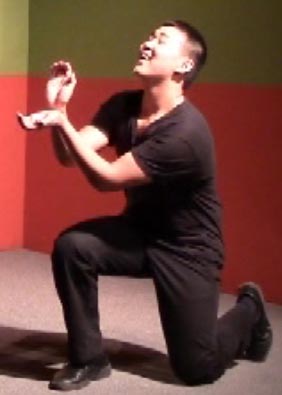 The Religious Affiliation of
unnamed husband

An unnamed husband and father was a central "character" in a play (or film?) that existed only in the minds of unsuccessful playwrights Milo and Robert. In Milo's concept for the production, the husband/father character would be played by comedian Eddie Murphy.

Robert told Milo the premise for his latest idea for the play they were working on. As Robert narrated, the two "Actors" used silent, exaggerated pantomime to act out the characters and actions he describes. 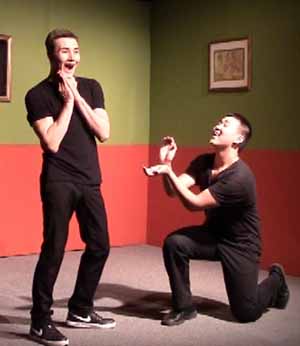