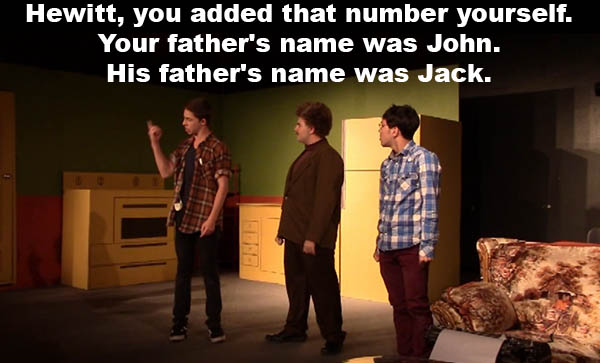 Annoyed by F. Jackson, who came by to gloat over his success as a playwright, Robert asked bluntly: "What do you want, Hewitt?"

F. Jackson said: "Ah, that is F. Jackson Hewitt the Fourth, to you."

F. Jackson was unperturbed by Milo's statement. He replied: "Well, at least I am employed."