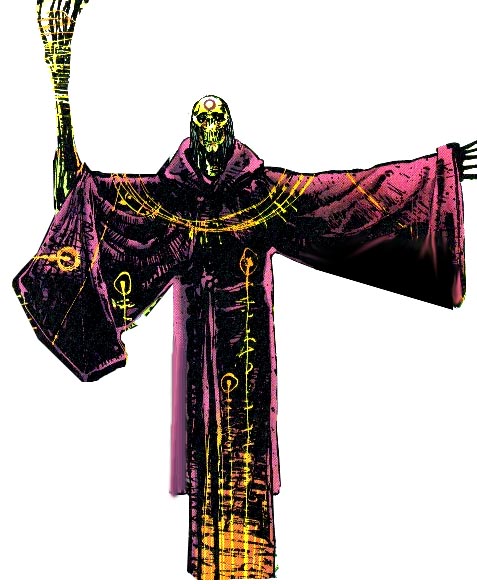 The Religious Affiliation of
Mahapralaya

Other Names: Architect of the Destruction of All Worlds; Lord of the Cult of Entropy

Enemy of: Howard the Duck, Man-Thing

Mahapralaya took his name from the Hindu theory about the ultimate dissolution of the universe. As an adult, Mahapralaya was clearly a nihilist, but it seems likely he grew up as a Hindu. He is described as having developed his nihilistic beliefs while growing up in a world of poverty, abuse, shame, and neglect. Certainly this unfortunate childhood could have happened nearly any where. But the fact that he chose a specifically Hindu name for himself, coupled with the description of his impoverished upbringing, leads us to believe he grew up in India in an impoverished and dysfunctional family.