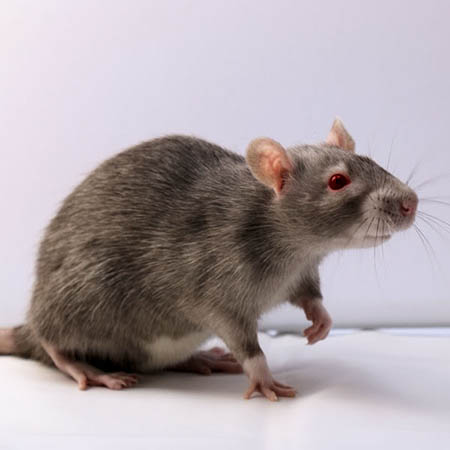 The Religious Affiliation of
Maximum

Maximum was a black red with freaky red eyes which had undergone an advanced surgical procedure in which a computer was implanted into its brain. It was the same procedure and same basic technology which 18-year-old Robbie Mila underwent.

Immediately after Robbie underwent the procedure (which was intended to make him into a super-genius, possibly with telepathy), he was presented with Maximum and told to keep the caged rat with him at all times.

Maximum's operation had indeed made the rat amazingly smart. The rat could speak, understand and write in forty languages. Maximum's language of preference was Chinese.

Robbie regarded Maximum as a rat. That is what he called it when his mother first saw it and asked about it. But Maximum, who kept his hyper-intelligent thoughts to himself, certainly did not regard himself as a rat.

Soon after Robbie first brought Maximum home (following Robbie's operation), Maximum revealed to the boy that he could speak. Of course, this greatly shocked Robbie.