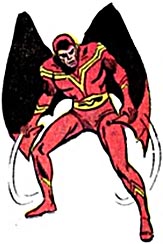 Red Raven was a character who first appeared in the "Golden Age," in Red Raven #1 (1940), published by Marvel predecessor Timely Comics. The character was brought back for the first time in X-Men (vol. 1) #44 (May 1968). The "Red Raven" who appeared in this X-Men comic was indeed intended to the be the original Red Raven. However, a later story, published in Sub-Mariner (vol. 1) #26 (June 1970), retconned that appearance somewhat, establishing that Red Raven as a robot duplicate created by the Avian people. 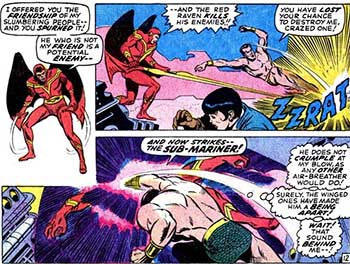 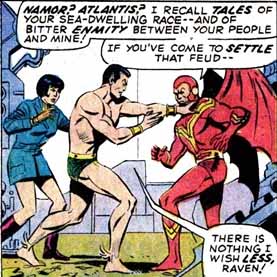 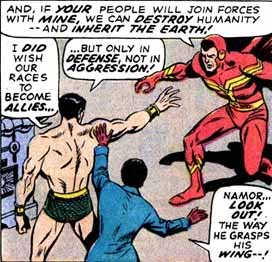 Suggested links for further research about this character and the character's religious affiliation:
- http://www.marvunapp.com/master/red.htm
- http://www.uncannyxmen.net/db/issues/showquestion.asp?fldAuto=3657