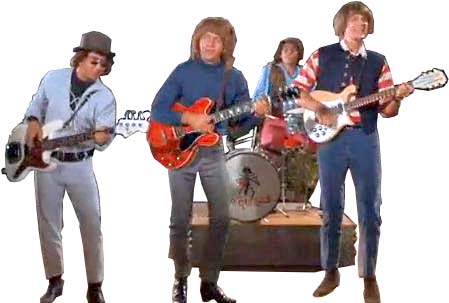 based on a real group

The Mosquitoes were an extremely popular rock band who sought some R&R (rest and relaxation) away from their rabid fans. In order to find some peace and quiet, they went all the way to a deserted tropical island - the very island inhabited by Gilligan and his fellow castaways!

It is worth noting that the fictional band "The Mosquitoes" were played by real-life rock band The Wellingtons. It was actually the Wellingtons who sang "The Ballad of Gilligan's Island" which is the theme song heard during each episode's opening credits segment during the show's first season. (The song was re-recorded by a different group for seasons 2, 3 and 4).

The Mosquitoes were a loose, light-hearted parody of the Beatles, who were immensely popular at the time. The Mosquitoes are not necessarily intended to be a spot-on copy of the actual Beatles, but the parody the nature of the band as well as the fan obsession with the Beatles. Note how the names of the Mosquitoes, with three unusual goofy names and one common name (Bingo, Bango, Bongo and Irving) are an inversion of the names of the Beatles, with three common names (John, Paul, George) and one unusual, arguably goofy name ("Ringo"). "Bingo" (of the Mosquitoes) intentionally rhymes with "Ringo" (of the Beatles). "Bango" and "Bongo" are derived from "Bingo."

The actual Wellingtons group had only three members (George Patterson, Kirby Johnson and Ed Wade), so in order to portray the Mosquitoes as a 4-man band (like the Beatles), a fourth actor was cast in addition to the regular band members. 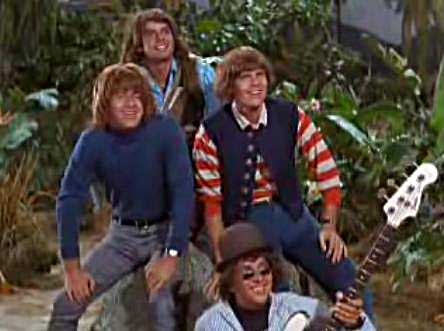 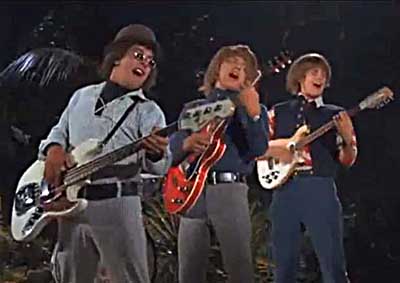 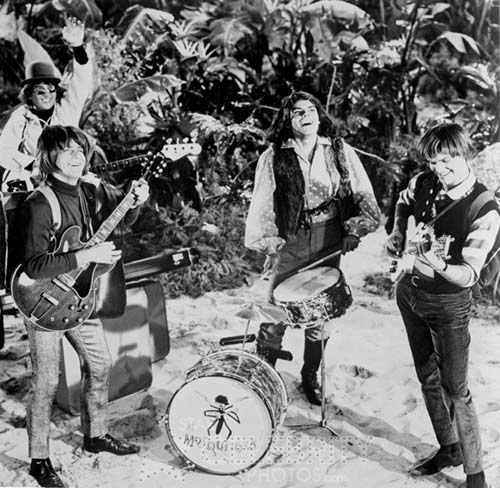 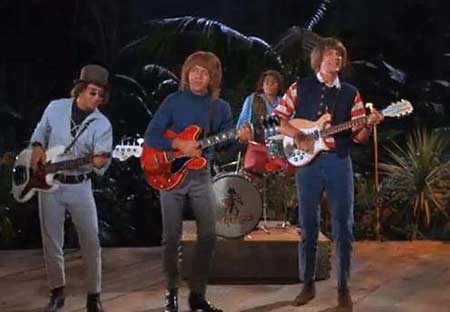 Suggested links for further research about this character:
- http://www.imdb.com/title/tt0588072/
- http://gilligan.wikia.com/wiki/Don't_Bug_the_Mosquitoes