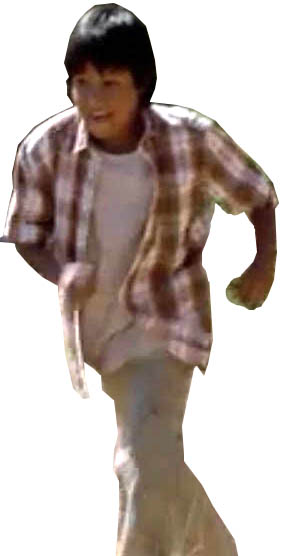 Note: found Walt's respirator while playing with ball in desert

Two young Native American children - a brother and sister who were perhaps older elementary school age or younger middle school age - were playing with a ball in the New Mexico desert, many miles outside of Albuquerque. While playing, the found something very peculiar: a respirator.

The respirator device, which looks somewhat like a gas mask, had been used for breathing safety by chemistry teacher Walter White during one of his very first efforts "cooking" illegal methamphetamine drugs ("meth").

The boy and girl did not know the background of the respirator, but they thought it was strange and they took it to their. Not long after that, they young brother and sister went with their mother and turned the respirator over to police. Eventually, the respirator became part of the investigation being conducted by DEA agent Hank Schrader (Walter White's own brother-in-law) into local illegal activity related to the production and distribution of meth. 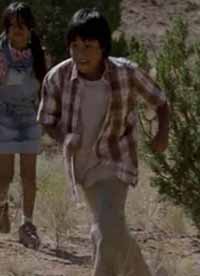