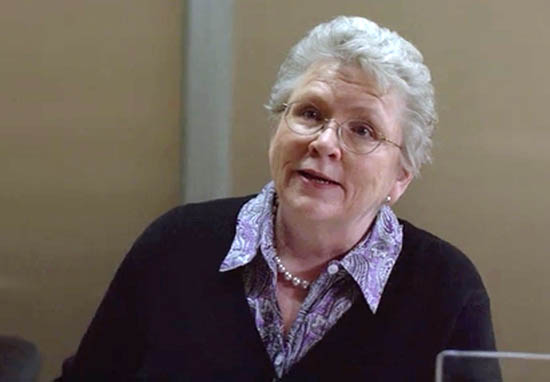 Note: invited Walt into her line; deposited his money

Walter White went to his regular Mesa Credit Union branch office to deposit money. Unfortunately, he was standing behind an incredibly obnoxious man named Ken (whose license plate reads "KEN WINS"). Ken was talking into a bluetooth earpiece phone device. He was boastful, crude, disrespectful and completely oblivious to everybody around him. Other customers and even some tellers stared at Ken in disbelief, but he did not notice.

Seeing the look on Walt's face, as Walt stood behind Ken, the unnamed teller played by Tish Miller motioned to Walt, inviting him over into her line, and she then was able to see him at her window. The teller processed Walt's money deposit and then Walt left.

This teller never knew that Walt later had something of a comeuppance with Ken, when Walt's knowledge as a chemist came in handy at a gas station, allowing him to surreptitiously blow up Ken's expensive sports car.