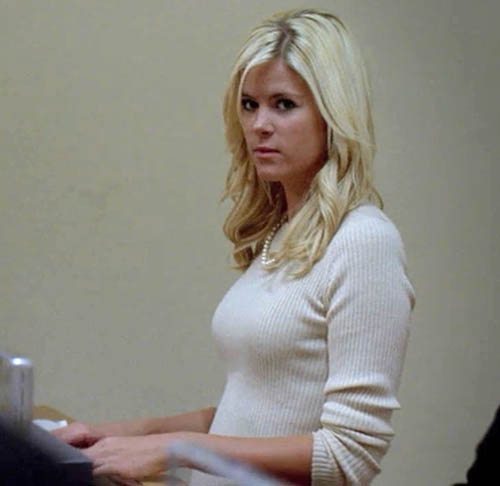 Walter White went to his regular Mesa Credit Union branch office to deposit money. Unfortunately, he was standing behind an incredibly obnoxious man named Ken (whose license plate reads "KEN WINS"). Ken was talking into a bluetooth earpiece phone device. He was boastful, crude, disrespectful and completely oblivious to everybody around him. Other customers and even some tellers, including the young blond teller, stared at Ken in disbelief, but he did not notice.

None of the bank tellers or customers said anything to Ken, but no doubt everybody wished they could say something or do something to put him in his place. The blonde bank teller never learned that one of the customers later did give Ken his comeuppance: Walter White accomplished this when he surreptitiously caused Ken's expensive sports car to explode while Ken went into the store at a gas station.