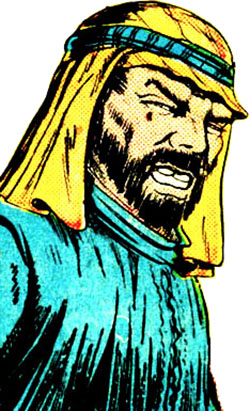 The Religious Affiliation of
Ali Harid

In the first-ever "Eagle Evans" story, Evans and his sidekick Snap Smith went to Cyranis (presumably a stand-in country for Syria) to take pictures of enemy movements and activities. They returned with photographs, which they delivered to a general they were working for or trying to help. But they ended up getting arrested for violating a treaty with Cyranis ruler Ali Harid.

Ali Harid was allied with the Nazis and was part of the Axis powers during World War II. 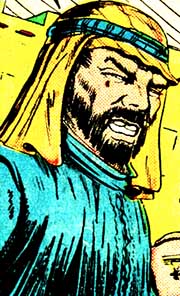 Suggested links for further research about this character and the character's religious affiliation:
- https://comicvine.gamespot.com/ali-harid/4005-82653/
- https://www.comics.org/issue/1590/